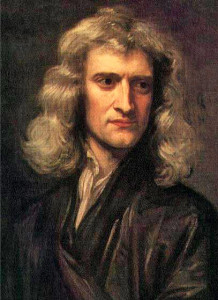 One great bonus in reading the revised edition of Benjamin Graham’s The Intelligent Investor book is the accompanying commentary for each chapter and even for the introduction by veteran investment writer Jason Zweig.

What exactly does Benjamin Graham mean by an “intelligent” investor?

“Back in the first edition of this book (The Intelligent Investor), (Benjamin) Graham defines the term – and he makes it clear that this kind of intelligence has nothing to do with IQ or SAT scores,” explained Jason Zweig. “It simply means being patient, disciplined and eager to learn; you must also be able to harness your emotions and think for yourself. This kind of intelligence, explains Graham,’is a trait more of the character than of the brain’.”

One anecdote driving home the point that investment intelligence has nothing to do with IQ or SAT scores is that about Sir Isaac Newton.

“…back in the spring of 1720, Sir Isaac Newton owned shares in the South Sea Company, the hottest stock in England. Sensing that the market was getting out of hand, the great physicist muttered that he ‘could calculate the motions of the heavenly bodies, but not the madness of the people’.”

“Newton dumped his South Sea shares, pocketed a 100% profit totaling  £7,000. But just months later, swept up in the wild enthusiasm of the market, Newton jumped back in at a much higher price – and lost £20,000  (or more than $3 million in today’s money). For the rest of his life, he forbade anyone to speak the words ‘South Sea’ in his presence.”

Jason Zweig explained in the commentary: “Sir Isaac Newton was one of the most intelligent people who ever lived, as most of us would define intelligence. But, in Graham’s terms, Newton was far from an intelligent investor. By letting the roar of the crowd override his own judgment, the world’s greatest scientist acted like a fool.
“In short, if you failed at investing so far, it’s not because you are stupid. It’s because, like Sir Isaac Newton, you haven’t developed the emotional discipline that successful investing requires.”

Stock selection for the defensive investor