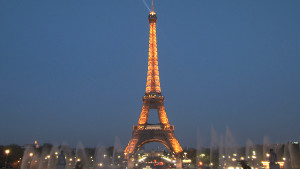 In his letter to Berkshire Hathaway shareholders (March 1, 1996) for Year 1995, Warren Buffett said: “A few years back, management consultants popularized a technique called “management by walking around” (MBWA). At Berkshire, we’ve instituted ABWA (acquisitions by walking around).”

What is this ABWA that Mr Buffett was talking about?

“In May 1994, a week or so after the Annual Meeting, I was crossing the street at 58th and Fifth Avenue in New York, when a woman called out my name. I listened as she told me she’d been to, and had enjoyed, the Annual Meeting. A few seconds later, a man who’d heard the woman stop me did so as well. He turned out to be Barnett Helzberg, Jr., who owned four shares of Berkshire and had also been at our meeting,” said Mr Buffett.

Besides finding that “Helzberg’s was the kind of business that we wanted to own”, Mr Buffett also liked it for its good management. “Buying a retailer without good management is like buying the Eiffel Tower without an elevator,” he said.

What has Matthew 6:21 to do with director independence?

Warren Buffett: There is seldom one cockroach in the kitchen